Punta Negra – Just past the Blue Bay resort, halfway to Mismaloya, lies the beach of Punta Negra. Three tall buildings line the beach, with a fourth under construction. The beach is mainly golden sand, but rocks can appear at certain times in certain areas. The views are spectacular and encompass the whole of Banderas Bay, and the surf is almost literally at your door. All the buildings have elevators, and offer many conveniences, but shopping or nightlife requires a trip to town. Prices for a nice two bedroom beachfront unit start in the low $300k’s and can go up to close to $1 million for a spectacular full floor four bedroom with all the amenities a buyer in this price range would expect. Fortunately buses run every fifteen minutes or so, and cabs can be flagged any time of the day or night. The residents are an exceptionally heterogeneous mix of Mexicans, Americans, Canadians, and others. Many of the Mexicans are not native to Puerto Vallarta either.

Garza Blanca – A little more than halfway to Mismaloya (heading south out of Puerto Vallarta), lies the new development of Garza Blanca. Once the site of a large hotel, Garza Blanca is quickly becoming the most exclusive address in the Puerto Vallarta region. The development faces the ocean, but nestles back into the jungle for the best of both worlds. Many consider the beach at Garza Blanca the most beautiful beach on the Bay of Banderas.

As with most places of this type, those on a beer budget need not apply. Beachfront villas in Garza Blanca start at almost $2 million. Dollars, not pesos. Condos go from a quarter million on up, and houses run a minimum of $800,000. But future residents will have everything they might desire right at their doorsteps: shops, nightclubs, even an elegant French beachfront restaurant.

Set in the midst of the jungle, Mismaloya offers a quiet hideaway to those who would rather avoid the crowds. It’s a bit remote, but it more than makes up for its remoteness with its striking natural beauty. One of the better kept secrets, Mismaloya is, unfortunately, fairly expensive, a fact that has resulted in an almost exclusively American population. 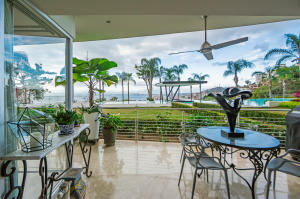 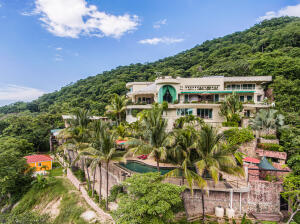 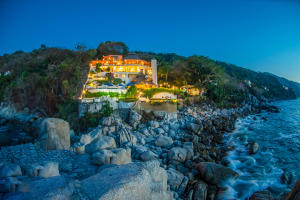 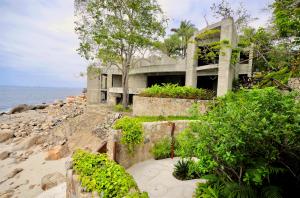 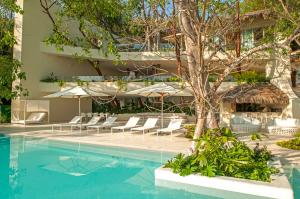 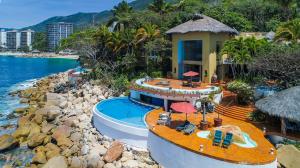 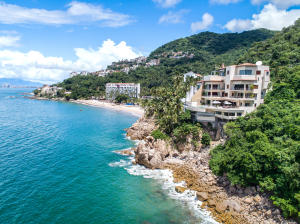 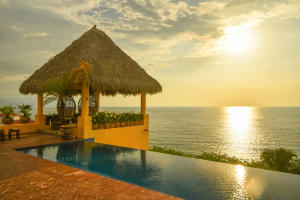 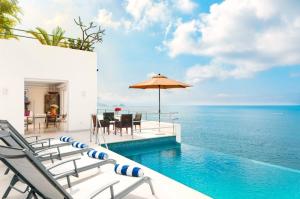 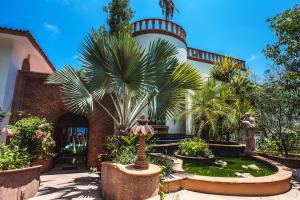 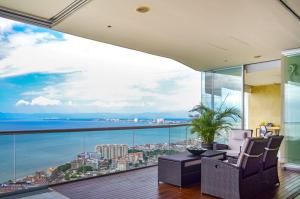 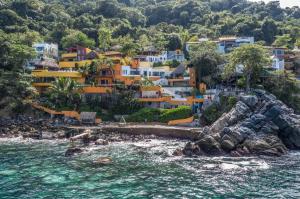